I watched the game. It was Henry vs. Jackson.  You know who won. Henry has set record for the running yards this season. Yet, more yards to go. We will wait and see.

I saw a guy showing a sign "Came Hawaii to see Jackson." Poor guy, he must have spent a lot of money to come all the way here. He could watched the guy in TV there.

Another thing that happened yesterday. I worked for one academic year in NDSU where three people who had come from my Alma Matter (IIT, Chennai) were working. It was too cold and came back to the south again. In any case, I follow NDSU football also. Since I have subscribed to Youtube TV, Google knows that I watch their game and sent me a reminder yesterday. So, I watched part of their game also. Of course, NDSU has been ruling the FCS division for a lot of years (I believe 7 years) and they won over James Madison. Actually, the same two teams played for the championship last year also.

What a comeback by KC in second quarter? Wait, there's another half.

Mahomes and Andy Reid are a match made in heaven.

I heard the game callers saying that Reid is going to the Super Bowl. This implies that Titans would loose next week. I hope not. But, that is what they said last week about Ravens game with Titans. So, anything can happen next week. Keep the hope alive for another week.

I was watching ESPN discussion on the KC-Houston game today in the fitness center. The question was "Was it a comeback or Collapse?"

I have no interest in either team.  Why don't people take the positive aspect instead of making it negative?

Did MSU win over Purdue yesterday?

ECEPROF,
Congrats to your Titans!  A most impressive win over the Ravens.  I was just beginning to believe the hype that Baltimore would be in the Super Bowl.  Many in the media are saying that Jackson just had an off day, but in reality it was the Titans that were well prepared for the game.
I was hoping the Texans would knock off KC, but Mahomes is just too good.  Hard to believe KC erased a 24 to 0 deficit in such a short time.
Somewhere I got the impression that you also live in Chicago?  Are the Bears still saying their draft pick of Trubisky was better than Mahomes or Watson?
Good luck to the Titans when they face Mahomes next weekend.
Ranger
0 Kudos
Share
Reply

I was watching ESPN discussion on the KC-Houston game today in the fitness center. The question was "Was it a comeback or Collapse?"

I have no interest in either team.  Why don't people take the positive aspect instead of making it negative?

Did MSU win over Purdue yesterday?

Why don't people take the positive aspect instead of making it negative?

Why?  Apparently you don't watch many HOU games.  That team has routinely punished its fan base for YEARS by blowing leads, BIG leads, anytime, anywhere.

"Remember, it's the Texans.  If anybody can blow this one, it's them."

Sadly for them, HC O'Brien expedited their demise by calling/allowing the ill-fated fake punt at the worst possible moment.

And the rest is NFL history.

My wife and I do stay there to take care of the grand children sometimes. We cannot stay there for long leaving an empty house here in Cookeville. We live in Cookeville most of the times except for a few visits there. We do not need to go there unless he needs help.

My son also worked in TI, Houston, lived there from 2006 to 2013 and moved back to Chicago in 2013 before he had his first child. Actually, he got married while he lived in Houston. They used to live along 59. We still have my laptop that I bought in the Best Buy there in Houston.

This final divisional game is a repeat of the same two teams several years ago. Of course, KC won last time. We will wait and see who wins Mahomes or Henry.

No, I do watch some of their games, not all. Titans were originally Houston Oilers.

There's a lengthy history of MSU getting hammered in West Lafayette.

Meanwhile, the Tennessee/KC  game is a football fan's dream (great for ratings!). 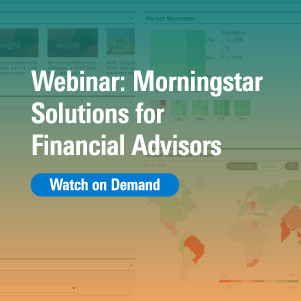 To learn more about the recent changes to Morningstar.com, please see the updated FAQ.

See recent posts and all our forums or access the old forums here.
Return to Morningstar.com
You can read the community guidelines in
About Morningstar Community
Trending Discussions
Good wishes to all, and many thanks to Yogi, in particular!
Happy and Helpful Retirement
TIAA T-REA 10-Q, June 30, 2019
Uptick in annuties
M* Charts for TIAA/CREF [R3] VAs
Tags
View All ≫