The ads are everywhere and redundant and annoying.  Some are outright obnoxious enough to shut off whatever is on.  Its a waste and raises everyones premiums.  Instead of concentrating on keeping customers, they rely on increasing premiums to existing customers and getting new ones with obnoxious advertising.  It raises the cost of doing business and increases everyones premiums.  Correction:Ad spending at State Farm, Progressive tops $1B in 2019; GEICO nearly hits $2BState Farm has joined the ranks of property and casualty insurers to spend at least $1 billion on advertising in a year.

State Farm Mutual Automobile Insurance Co. and its affiliates spent roughly $1.21 billion on advertising in 2019, compared to $903 million in 2018, according to an analysis of regulatory data by S&P Global Market Intelligence. The almost 34% year-over-year increase in ad spending was the highest among the largest U.S. personal auto insurers. .....  Instead of concentrating on keeping customers, they rely on increasing premiums to existing customers and getting new ones with obnoxious advertising.

So you provide a link to a subscription service trying to get new customers.

The ads must be working or they would spend that money on new and different ads. There are some annoying ads that come on where I just close my eyes and go to one of my "happy places" for 30 to 60 seconds

If you ask me, the Liberty Mutual ads are the WORST! At least some of the GEICO ads are humorous.

If you ask me, the Liberty Mutual ads are the WORST! At least some of the GEICO ads are humorous.

Where do you see ads? I do not have broadcast tv. I have not seen ads in years now. Online ads my eyes and mind just skip.

Catchy tune but after one hears it 3 million times...... 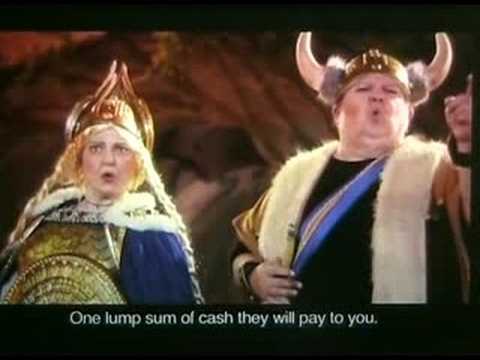 Of course the ads are annoying. Look at the name Progressive and see why.

Both are direct marketing so they need to advertise ridiculously.

The progressive thing was good

Personally I prefer the mayhem ads from allstate with Dean Winters which are hysterical, especially the ones with Tina Faye. Winters has been mayheming audiences for 10 years. You never know where mayhem is going to show up. He has made a lot more money from the Allstate ads they he ever made from appearances on SVU.

Thank you Win1177!  Some of the old Geico ads were very funny.  But the Liberty emu?  Downright embarrassing.  And Flo from Progressive needs to be retaired ASAP.

Agree! I’m sick of the emu, whoever created that needs to go back to business school.

And yet, it is the most talk about ad here. Is it effective?

At least Lily is back , a little more buxom but still irresistible.  She did a nice calendar page many years ago but you can not easily find it on the internet anymore.